We were settling into a new routine: 5 days of Oral Chemo every month with an MRI every three.
We planned dinner, weekly outings and even our annual trip to Epcot's Food and Wine Festival around this schedule.  It was working ~ until the headaches.

Headaches you would think are a common side effect of a Brain Tumor, you'd think.  The Brain's headaches were very similar to the migraines he experienced back in 2016.  The last MRI in September showed no change in the Tumor so the doctors were confident it wasn't causing this pain. The approach was to monitor the headaches and increase the original meds used to treat them.  The Brain had good and bad days.

By early November we knew something new had to be tried as his headaches were so severe he was missing work and he couldn't enjoy many basic activities.  Our doctor agreed and we decided to not wait for December and scheduled the next MRI for November 12th. If you recall last time I wrote about battling the stress associated with MRIs (Scanxiety) and I'm glad to say that I've been able to reduce that a bit by having the Scan and consult within hours of each other.

From the beginning, we were told that this tumor didn't behave like other Grade 2 Astrocytomas, which was why they labeled it a Grade 3.  The new MRI supported this.  While the tumor had not grown at all there was a "spot" in the middle of the tumor that isn't normally seen.  Our new plan is to repeat the MRI in 4 weeks and add meds and steroids for pain.

We're so very fortunate to have the headquarters for The Brain Tumor Network in our backyard.  With their guidance, we agreed that it might be time for a second third opinion.  Thanks to their connections, we had an appointment with the Neuro-Oncology group at Mayo Clinic within 2 weeks.  One thing I've learned from attending their support group meetings and reading the blogs of others fighting this battle is that at some point you're going to eventually see every major medical oncology group out there.  MD Anderson, The Mayo and Duke University are the most common ones that people reach out to and we're very lucky that they all are in our area.

I have to say we weren't very impressed by the Mayo team.  The surgeon actually thought that attempting to remove the tumor might be a challenge he'd like to address while doing nothing but bashing MD Anderson.  Their Oncologists completely agreed with the approach our team was currently taking and didn't offer any new insight.  We had high hopes with the headache specialist but that proved to be a frustrating waste of time.  We did walk away knowing that the treatment decisions that we made with MD Anderson were reaffirmed.  So in actuality, not a complete waste of time.
Finally, December 21 arrives which means another MRI.  To say we were surprised to learn that the tumor changed would be a lie.  What the MRI showed was however not what we expected.  The original tumor actually had not changed in size.  It did, however, grow what we're calling roots. Again this tumor isn't behaving as expected.  Usually, you'd see swelling around the tumor and a change of blood flow ~ this tumor doesn't have either.  Dr. Cavaliere explains things in such a way that not only do we understand but we can share it as well:
Imagine your brain as a well-established garden.  These roots are like weeds in a garden. The plants are still growing but now there are these weeds moving in sharing the space.  The Timador (chemo) wasn't as effective in killing these weeds so it's time to try something new.

The new chemo treatment comes with a new 6-week regime as well.  It is made up of 2 drugs.  Lomustine (100mg) is taken only on  Day 1 followed by Procarbazine (150mg) on Days 8-21. This is followed by 3 weeks of Bloodwork and ends with an MRI at the end of week 6.  (I've included information on chemo drugs below my signature should you be interested)   The Brain was not happy about the food restrictions on certain meats. cheeses and ALCOHOL.
The plan is to get this approved by insurance and started as soon as possible.  As we weren't sure when this new treatment would start and knew it probably wouldn't be until 2019 we decided there was no reason for anyone to know until after Boxing Day.

Merry Christmas to us. 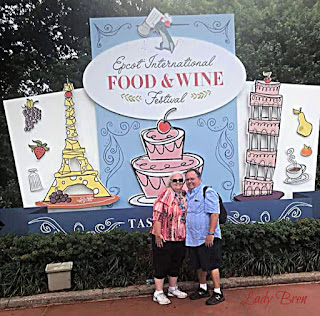 Cancerous tumors are characterized by cell division, which is no longer controlled as it is in normal tissue. "Normal" cells stop dividing when they come into contact with like cells, a mechanism known as contact inhibition. Cancerous cells lose this ability. Cancer cells no longer have the normal checks and balances in place that control the limit of cell division. The process of cell division, whether normal or cancerous cells, is through the cell cycle. The cell cycle goes from the resting phase, through active growing phases, and then to mitosis (division).

The ability of chemotherapy to kill cancer cells depends on its ability to halt cell division. Usually, the drugs work by damaging the RNA or DNA that tells the cell how to copy itself in division. If the cells are unable to divide, they die. The faster the cells are dividing, the more likely it is that chemotherapy will kill the cells, causing the tumor to shrink. They also induce cell suicide (self-death or apoptosis).
Chemotherapy drugs that affect cells only when they are dividing are called cell-cycle specific. Chemotherapy drugs that affect cells when they are at rest are called cell-cycle non-specific.

Lomustine and Procarbazine are classified as an alkylating agent. Alkylating agents are most active in the resting phase of the cell. These drugs are cell cycle non-specific. Chemotherapy is most effective at killing cells that are rapidly dividing. Unfortunately, chemotherapy does not know the difference between the cancerous cells and the normal cells. The "normal" cells will grow back and be healthy.